This gang of afrogroove addicts was formed in the spring of 2012, and almost immediately performed at the annual Felabration Festival – the biggest afrobeat event in Europe. They brew up a heavy mixture of afrofunk, catchy jazzlicks and grinding spacerock. The combination of an irresistible rhythm section, a hook-laden guitar/keys duo and heavy horns with tuba and baritone sax makes Atanga Boom the ultimate poly-flexible groove machine that they are. 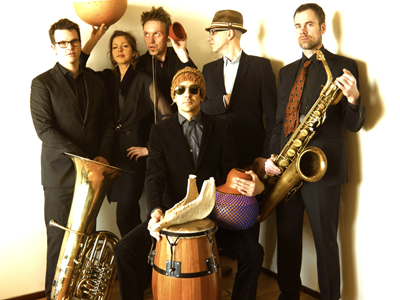