Dogdaze is the broken beat project of producer Dave Huismans, hailing from Utrecht, The Netherlands. His personal and broad take on electronic music makes him work under many aliases such as 2562 and aMadeupsound, and finds him looking for ways between keeping it raw and not losing the emotional content. His sound ranges from heavy broken beat to gritty downbeat workouts and hip hop.
As a first release, the 5-track EP Outward was released late 2004 on Flyin’ High Records, getting praise & play by the likes of Benji B (Deviation/BBC), Volcov (Archive Rec), Gerd (4Lux), Pablo Valentino (Faces), Rednose Distrikt, Delsin Records and many others.
Followed remixes for Hipster Wonkaz (FHR005), Flowriders and TanTan (4Lux), Surra (Amalgama) and Inverse Cinematics (Faces). In 2006 his 2nd outing on Flyin’ High, a collaboration with Dutch hiphop outfit The Proov, saw the light (FHR008). 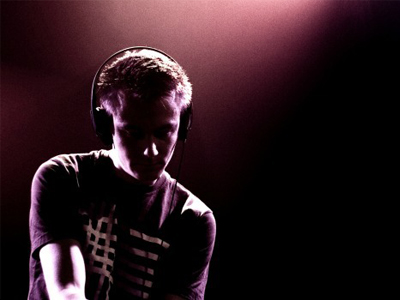