Moody Allen is about urban.ness, about mixing moods, styles and skills. Creating music from sounds and sounds from music, and mostly just creating music. Some people call it electrobrokensoulhopjazzfunk.

Moody Allen is in fact the former rhythm-section of Scallymatic Orchestra, looking for Future Sounds. Started spontaneously as an improvised live act early 2003, the guys went into their studio to finish the tracks from the live-tapes, in order to take them back to the stage again.

After the successful first 12″ release ‘Extra Mile’, featuring the soul stirring vocals of New York based singer and poet Rha Goddess, the following 12″ single ‘Six Feet’, ft Vince Franklin, got even more response from the scene. This one includes remixes by DJ Honesty (Slope), Kid Swing and Aklimatize. Currently Moody Allen is a sleeping cel, awaiting time and space to make a move… 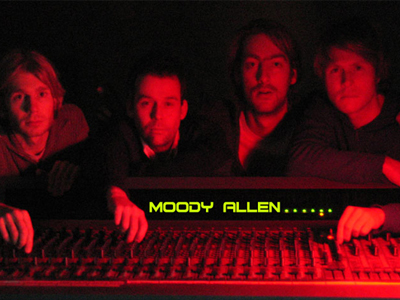